In July of 2014, before returning to college for football camp, Chris Napoli heard the words he never thought he would hear; he had cancer. After hearing this diagnosis, his life was forever changed. He was treated at the Children’s Cancer Institute at Hackensack University Medical Center, Hackensack Meridian Health. After successfully completing his first year of chemo treatments, he was cleared to return to college, ultimately completing his last few semesters while still undergoing chemo treatments and battling side effects. Chris graduated college in May of 2017 but his bi-monthly checkups still continue.

Now, four years later, he is healthy and in remission and had the desire to give back to the community that helped him get healthy. Chris has decided to race in the 2XU New York Triathlon on July 1st in support for Tackle Kids Cancer, a philanthropic initiative of the Hackensack Meridian Health Hackensack University Medical Center Foundation dedicated to finding a cure for pediatric cancer.

“I will race in honor of all the friends and families I have met through Tackle Kids Cancer, especially the kids who are still undergoing treatments and those who are no longer with us today” Chris said.

“This (race) is less about the anniversary of my diagnosis, and more about my appreciation for everyone at the Children’s Cancer Institute at the Joseph M. Sanzari Children’s Hospital at Hackensack University Medical Center who guided me to this point,”

As a competitor, Chris thought the 2XU New York City triathlon would be the perfect combination of his own personal goals and his passion to inspire others. “Racing in a New York City triathlon as a Tackle Kids Cancer athlete is an opportunity for me to give back to a Foundation that has done so much for me, while having the ability to inspire other kids and families who are going through cancer treatments.”

In remission since 2016, Chris has been training for the 2XU New York City Triathlon, which is described as one of the premier urban triathlons, with a course that includes a 1.5k swim in the Hudson River, a 40k bike ride up the traffic-free Hudson Parkway into the Bronx and back, and a 10k trek across 72nd Street that finishes in Central Park.

“My work with Tackle Kids Cancer stems from that point of view, to raise as much money as possible to fund research so that one day no child will have to face these challenges.”

“We are deeply grateful to Chris for his extraordinary generosity of spirit,” said Helen A. Cunning, interim president and chief development officer of the Hackensack University Medical Center Foundation. “We will be cheering him on every step of the way as he gives his all to support the work of Tackle Kids Cancer.”

You can support Chris in his race. 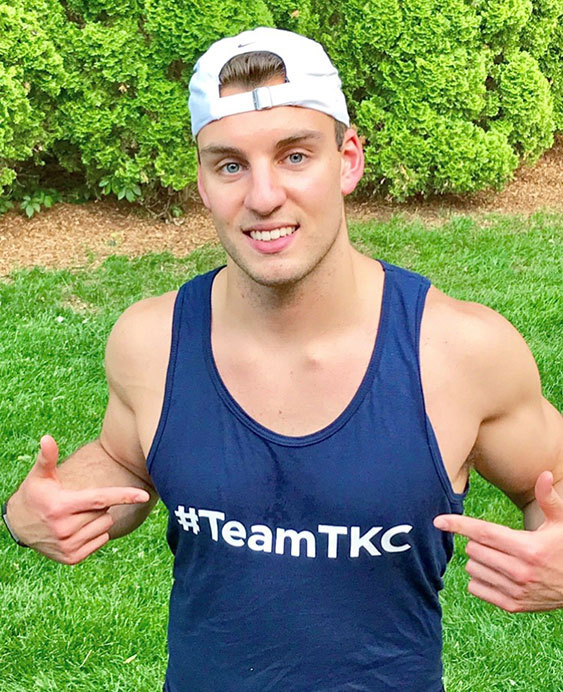